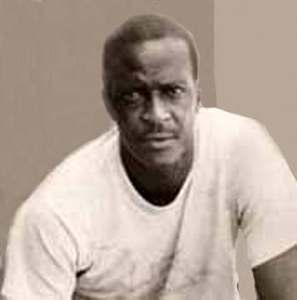 A Saga That Has No Ending

In this age of instant social media fame, nothing or no one escapes the spotlight.
A while back, there was a YouTube clip of the nine-year old girl that has already caught the eye of the major college basketball powers.
How easy it is to be caught up in the hype about the next great sports phenom! Since I raised a couple of promising athletes, I can tell you that little girl will make two or three career changes by the time she gets to puberty. That’s if she’s allowed.
This is not a unique since this seems to occur just about every year since sports popularity exploded across the universe. Every generation has their version of the proverbial “greatest of all-time” tag being pinned on some youth who probably hadn’t been on their first date yet.
Still, this anomaly has morphed into the very fabric that grooms this nation’s attitude and moral values.

They had their own legends
When this country righted itself after a grueling war that emancipated former slaves, they went on to create their own existence and eventually demanded their rightful place in society. It was the hunger for an education that propelled their desire to gain respect and the equanimity they sought.
That pursuit defined the character and determination that helped shape and mold the society we share today. Those values also fueled the competitive spirit in all of us.
Young black student “athletes” emerged on the American landscape and became supreme in their quest to prove they could compete.  Many became dominant figures in education, sports, entertainment, medicine…well, you get the picture.
There was a jubilant pride in accomplishing something which gave all of us something to hope for…honor, achievement and of course, wealth.
Playing sports became a new stream of revenue, even though very few African Americans made a decent living at it.

Until Their Eyes Were Open
I received an email from a friend about a new book entitled, “Basketball Slave: The Andy Johnson Harlem Globetrotter/NBA Story” written by his son Mark Johnson. It depicts a sobering tale of what happened during the glory days of the Globetrotters, and the saga of a spiraling super talented but misguided youth who forsook an education to pursue his dream of fame and fortune.
Sound familiar? Sixty years ago, when this episode occurred, you could roll out a ball onto any playground and name any number of young men who suffered the same fate.
I came across another article I had saved from the 1980’s about Curtis Jones, a Detroit playground legend who sued his former high school basketball coach and several college figures for 15 million dollars, claiming he was ‘pushed’ through the system and allowed to ‘forfeit’ an education because he was such a great basketball talent.
I recalled Lloyd Daniels, one of the most heralded New York City high school basketball legends, and how he was ‘trafficked’ from one high school to another because of his coveted dominant skills on the court. Somehow, he landed at University of Nevada – Las Vegas even though he hardly had the grades to get out of high school. He eventually slipped into oblivion after several controversial incidents and played for five years in the NBA with six different teams.

And then there was the “Goat”…The classic story.
Earl Manigault’s legacy still hangs over the now defunct Rucker Playground where he held court every summer. Despite the efforts of Holcombe Rucker to mentor him and help him escape the dark cloak of the mean streets of Harlem, he couldn’t embrace the slow Southern culture and rigid commitment to play college ball at Johnson C. Smith. Eventually, he fell to the lure of the drug culture and never reached the first rung of success that was within reach.
And for the lack of space, I cannot name the long litany of other failed careers that has pretty much gone unnoticed and not shared with youths of the following generations.
On the other hand, it has become fashionable for the media and fans to prophesy on which “can’t miss” prospect will be the next lottery pick or are just waiting to jump to the pros (if they’re lucky enough).,
Periodically, social consciousness kicks in and statistical reports pop up revealing the debilitating graduation rates of college athletes, but that sound is muffled long enough for us to enjoy the exploits of these super talented athletes who are deprived (and or deprived themselves) – of getting a decent education. It is a greater disservice when they are not encouraged to make the most of their educational opportunities.
Now I know there is always going to be a strong argument by those who buy into “get the money while you can” theory and certainly, it is the American way but many who choose to go that route eventually fall to have completeness in the final analysis of their lives. The old folks used to say, “A fool and his money…” you know the rest.
And you and I know…to whom much is given…much more is expected.

That’s just my two cents…what do you think?