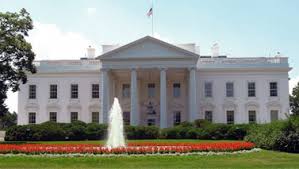 The so-called FUTURE Act ((Fostering Undergraduate Talent by Unlocking Resources for Education) passed the House in September but was amended by the U.S. Senate education committee to include elements beyond its original scope, which was limited to making permanent $255 million in annual funding for HBCUs. This latest attempt at compromise by Senator Lamar Alexander, the Tennessee Republican who chairs the education committee, quickly passed through the Senate last week.

What’s changed?
The legislation would eliminate up to 22 questions on the The Free Application for Federal Student Aid (FAFSA) and allow the Internal Revenue Service to share applicants’ tax information directly with the U.S. Department of Education.
It would also automate income recertification for federal student loan borrows who use income-based repayment plans.

What’s next?
The bill passed in U.S. House of Representatives and goes back to the Senate for approval of any changes and then to the White House before it can become law. 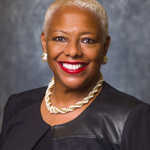 Dr. Javaune Adams-Gaston, President
Norfolk State University
“For Norfolk State University, this represents more than $5.8 million in federal funding for our teacher preparation and STEM programs,” Javaune-Adams said in a statement. “NSU expresses appreciation to Senators Tim Kaine, Mark Warner and Congressman Bobby Scott for standing with Virginia’s HBCUs, and urges the members of the House of Representatives to pass this legislation and send it to the President’s desk without delay.”

“The passage of the Fostering Undergraduate Talent by Unlocking Resources for Education Act (FUTURE Act) is exciting news because it provides critical funding to Hampton University, other Historically Black Colleges and Universities (HBCUs) and other minority-Serving Institutions (MSIs) by providing mandatory federal funding. These federal funds also allow our institutions to better serve our students in the STEM fields of study while on campus. The FUTURE Act is also creating good job employment opportunities for our students once they graduate. Most importantly, STEM education is crucial to the continued growth and economic development and value-added job creation in all of our communities,” he said. 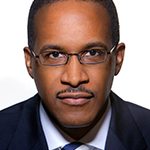 “We are definitely thankful to Congressman Richmond and the members of Congress who supported passage of the FUTURE Act. Dillard University has been able to use these funds in the past for capacity building activities, from establishing a quality enhancement plan as part of our accreditation process, to support of student housing and instructional technology. As a national leader in producing graduates in physics and nursing, as well as those who will go on to receive doctorates in the biological and life sciences, the support provided by the FUTURE Act ensures the university continues its key role as a vehicle for social mobility for students, and an engine of economic development for New Orleans and Louisiana.” 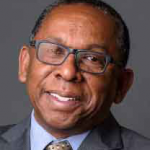 “Let me express deep gratitude to our legislators for bipartisan passage of the FUTURE ACT.  With this exemplary result, you have secured funding for the great work of our minority-serving institutions, whose exemplary efforts are essential to our national strength in the sciences, technology, engineering, and mathematics (STEM), and other creative fields. Xavier is one of the nation’s leaders in STEM education, and an example of the vital contributions of HBCUs to the nation.” 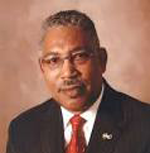 “It is a great day for Historically Black Colleges and Universities as we applaud Congress on the passage of the Fostering Undergraduate Talent by Unlocking Resources for Education (FUTURE) Act. The funding provided through this important legislation will allow hundreds of thousands of young people to expand opportunities in postsecondary education. This critical Title III funding ensures stability for our universities for the next 10 years. We appreciate the leadership and commitment of Congressman Richmond to the Southern University System, Historically Black Colleges and Universities, and higher education.” 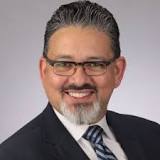 “Each time the federal government designates more funding to HBCUs, they are making a bold declaration that these institutions are still undeniably essential for national progress. I am excited about the advancement that the FUTURE Act will fund for students at minority serving institutions.”