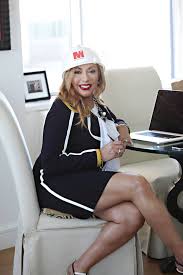 Cheryl McKissack, chief executive officer and President of McKissack & McKissack, continues to add to her unique legacy after making another major breakthrough as her company was awarded the lead construction contracts at LaGuardia Airport and the new Terminal One at John F. Kennedy International Airport.
McKissack comes from a family of trailblazers in the construction industry that began with an enslaved Ashanti ancestor in 1790. Her grandfather, Moses McKissack founded the family business in 1905 and her father, William DeBerry McKissack took it over in 1968. Her mother, Leatrice Buchanan McKissack, grew the business after her husband died.
Born on May 15, 1961 (with twin sister Deryl) in Nashville, Tennessee, she graduated from Peabody Demonstration School in 1979, and went on to earn her B.S. degree in civil engineering in 1981 and her M.S. degree in 1983 from Howard University.

Ms. McKissack began her career with the United States Department of Defense as a quality assurance and quality control officer for government research projects. From 1985 to 1989, she worked as a civil engineer for New York City firm, Weidlinger Associates and as an estimator for Turner Construction. She headed the $2.5 million restoration/addition of the historic Schomburg Theatre.
In 1991, she formed The McKissack Group (TMG), a full-service construction management firm based in New York City and took over the family company in 2000.  She launched McKissack and McKissack Associates, an architecture and design company, which is the oldest black-owned and female-run construction company in the United States.
As chief executive officer, McKissack managed construction of the US Airways maintenance hangar in Philadelphia,
… served as project executive for the Medgar Evers Academic Building and Student Support Services buildings in Brooklyn, New York,
…was the principal in charge of Philadelphia’s $395 million

Lincoln Financial Field football stadium,
…the $450 million US Airways International Terminal in Philadelphia,
…and the $1.5 billion renovation and reconstruction of the School District of Philadelphia.
Other major projects include the revamping of Long Island’s railroad hub, which runs underneath the Barclay Center (home of the NBA Brooklyn Nets),
…the University of Pennsylvania Hospital,
…the New York School Construction Authority,
…and the African Burial Ground Monument in New York City.
Over the years, the company has built numerous homes, hospitals, and colleges.
She credits the company’s success to affirmative action after she moved the company from Nashville to the New York City, and it is demonstrated in her commitment in hiring: 61 percent of whom are minorities, and 34 percent are women.
She and her husband, Fred Felder belong to the 25,000-member Christian Cultural Center in Brooklyn, New York.